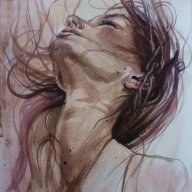 Hello all! So I don’t really have too many fandoms that I enjoy playing in, but the few that I do, I LOVE.

Love so much that I typically try not to change the canon stories of these games, but instead play alongside them, either in the background, elsewhere in the world/universe, or right smack dab in the middle of the action. Or before. Or after. Whichever and wherever in whatever timeline it works. (For the record I can do AU’s, it just depends on the story idea).

Lol okay, now that I got that out of the way, the fandoms I enjoy are listed below:

*I haven’t had much luck with this one, so my interest is not largely there, and my knowledge of the story stops at Birth By Sleep. Any game after that, I lost track of what was going on. But if you got a captivating idea, I’ll definitely hear it out and give it some consideration :)

** not a game! But based off of video games. Look them up on YouTube. They’re a boy band made up of Bowser, Ganondorf, Dr. Eggman, and Sephiroth. See my plot below, The Band Manager, for more info.

So, this was actually inspired by another person’s request thread, just with a slight Midgar spin on it. In the timeline of Crisis Core, the game does a time skip of two years. How about we fill that time with something, perhaps concerning the Silver-haired general and a lady? So with the Wutai War over, his scope of missions is minimal, buried with paperwork and new SOLDIER enlistments thanks to Genesis causing a mass defection.

My character just recently landed the position of secretary to a company bigwig at Shinra, allowing her to move closer to Shinra Tower with the generous pay raise. Thing is, her apartment is right next to the building, and her bedroom window is in full view of the general’s. At first it was just an accidental glance on his part, but eventually, as the days progressed, so did his desire to keep looking, because when she noticed him, she found herself feeling enticed by the idea of him watching her, perhaps even putting on a few “shows”...just for him.

The teasing would escalate, little by little, day by day, until finally, one day, she headed into the office and received notice that she was being transferred. With sadness and confusion, she packed up her desk and bid her farewells to her boss, and made her way through the building to her new office. Only to then meet, for the first time face to face, her new boss: Sephiroth. On his face, when she arrived, hid little to nothing of his thoughts and desires concerning the woman he’d been watching for the past few weeks/months.

Obviously this one is very smut heavy. But, I dunno, I kinda liked the idea and wanted to roll with it.
Honestly, except for Cloud, I would like to explore any sort of romantic story in the FFVII universe with one of the canon male characters. My heart personally belongs to Sephiroth 100%, but I fully understand he’s a difficult one to play. Which character(s) do you know well enough to play? I want to write a story with them!

Except Cloud. Sorry, but I don’t find anything about him even remotely appealing. Like, I’d go with the belligerent Cid over Cloud, you know, if he wasn’t already with Shera. That’s another thing. If the character is clearly with somebody already, I don’t wanna play the homewrecker lol (unless it’s before the relationship starts, like Zack before meeting Aerith)
Let’s face it. The rehydrated Ganon phase hasn’t ended for me. If you don’t know what I’m talking about, check out the BotW2 trailer, and then google search some rehydrated Ganondorf images. I’m thinking I could play Zelda, and my partner play Ganondorf, at the end of that trailer. We could explore the idea that he’s actually the true hero from the prophecy, not Link. Or, he’s exactly the character we’ve been told about all these years. Simply put, evil. Let’s talk and brainstorm!
Seriously, I wanna come up with some kind of plot playing opposite the sick, twisted, and effeminate villain from Legend of Zelda: Skyward Sword. I’ve always played opposite the macho man, the sophisticated gentleman, or the quiet loner. Don’t get me wrong, I love those guys, but how about we mix it up a bit?! I don’t have a plot specifically yet for this, but I’m willing to work it out with you if you’ve got any ideas.
I love the Mass Effect universe and its lore. I haven’t read all the books, but I have the desire to read them. Either way, I don’t want to touch the canon story. I don’t want to make an AU. It’s too perfect as is. What I would like to explore is the First Contact War. What would it be like being a part of the first time humans made contact with an alien race. What it must have been like as a Turian to discover these unknown species going against Citadel law with the reactivating of relay 314, and then settling on the nearby planet.

I’d like to play this one through the battle of Shanxi. A civilian or human military with a Turian soldier. Kind of a Romeo and Juliet sort of scenario. Preferring myself to play the human in this story.
Ok, so I had attempted this a couple times already with people, but each time it fell through rather quickly. So I’m looking to see if I can find somebody who is okay with playing multiple characters. Basically, very out of character, but still very bad, Bowser (the hopeless romantic), Ganondorf (the suave quiet one), Dr Eggman (the passionate nerd), and Sephiroth (the cocky playboy) have gotten together to create a boy band. They are...actually pretty damned good. They’ve got a whole album and everything.

The story is, they’re going on tour around the worlds/universes, and are in need of a new band manager. That would be where my character comes in. She’s the one who books all the gigs, makes sure everything related to room, board, and food is taken care of, and that her boys are happy...at whatever the cost. She also tries to keep her boys in line as they are prone to partake in various acts of villainy (or just a bit of mischief), but she has quite the soft spot for them, and can sometimes be persuaded to look the other way. Goodness knows there are times she can even cave to the most ridiculous of their demands. Still, as long as they’re on time to rehearsals and shows, a little leniency can go a long way.

This could be silly, smutty, serious, whichever route you wanna take. I can also play some random groupies and fangirls along the way, because every band member needs a sweet booty call from a fan once in a while, right? This will likely be rather slice-of-life-y, but if you wanna add more levels to this, feel free to let me know and I’ll totally see how we can incorporate it!

By the way, here’s the playlist of songs. The first one “I’m the boss” pretty much explains the gist of these guys.

I will be honest, this is absolutely meant to be a smut-filled romp, so if you’re not interested in that, it’s ok. Feel free to peruse the plots above.

My character (and your character should you choose) come from our world and due to some freak accident get sucked into the Dissidia: Final Fantasy universe/world. They have to traverse their way across the land with new friends trying to figure out why the hell they’re there. In the meantime, why not have a bit of fun on the side with some of their favorite FF heroes/villains?

Basically, this can be a reverse harem (my OC and you play canon male characters), or a double harem (both of us have OC’s and we both play canon characters). These OC’s get tossed into the world of Dissidia and just have “fun” with their favorite FF heroes and villains. This story can be filled with just about anything and everything, from smut to violence to whatever you can think of, alongside every FF character we’re comfortable playing as or playing opposite.

If you have any questions, or would like to hear more about the story premise that I have in mind for this, feel free to PM me about it!
Some of these plots are very vague so I am open to brainstorming. I also excel at mixing plots and pairings with some of yours listed on your RT. So, if one of my vague pairings interests you but you have no thoughts either, I’ll figure something out with what you’re looking for and make a lovely Frankenstein of an RP with our interests combined lol

Either way, thank you for reading! PM me if you see anything you like! :)
Reactions: UndeadEyes
You must log in or register to reply here.
Share:
Link