Fantasy Scifi Fandom All Tied Up! Seeking Romance and Submission 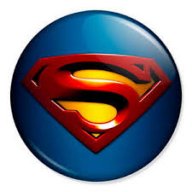 Hello! I have a variety of ideas listed below. I've tried to include some fantasy, sci-fi, and fandom ideas, though the fandom ideas could potentially be set in original worlds too. I've tried to provide enough detail to each idea to give you an idea where I"m going, but still leave a fair bit open for us to develop together. There is a mix of fandom and original ideas, so don't get disheartened if you are looking for a particular setting and don't see it right away.

I should note that for most of these ideas, I'm willing to double up. If you have a particular craving that you've been having a hard time finding a partner for, I'm likely willing to take a shot at it, assuming you can write one of the pairings I've listed below.

Not every plot I write will include all of these elements, but I like to incorporate them when I can.

*Romance: Even when I'm playing the bad guy in a particular pairing, I love it when there is at least some romantic tension between our pair. I'm not a huge fan of characters falling instantly in love, so this is usually more of a slow burn.

*Dominance/Submission: Stories I write can range from vanilla to downright master/slave pairings, but I like it when then include at least a taste of submission.

*Bondage: I suppose this goes along with the dominance one. I adore situations where my partner's character gets tied. Ropes, cuffs, gags, blindfolds, and all that stuff are fun to explore.

*Risk: This can mean a few different things. I love secret relationships, where there is a risk of being caught that the characters try to avoid. It can also mean peril. A character gets captured and put in a situation where they need to be rescued.

Quinton Hayes is the city's favorite son. He's a rags to riches story, but he remains charming and humble, has donated millions to charity, and draws attention to a variety of important issues. Everyone thinks of him as a saint, except for your character. Maybe she simply has good instincts, or maybe she knows someone who was hurt by him, but she is convinced that Hayes runs half the crime in the city, and she has dedicated herself to proving it. While she hasn't gathered any usable evidence yet, she has drawn the attention of Mr. Hayes, who sends a team of goons to make her disappear. They grab her outside her place, but just as they are about to dump her into the river, she is saved by a costumed vigilante (my character). My character doesn't know anything about Hayes, but to the surprise of your character, he believes her when she explains her theory. After a few close calls, they form a partnership and work together to get to the bottom of the city's greatest mystery.

I'd like this story to be a mix of investigation, romance, and damsel in distress situations, as there are plenty of hired guns going after your character. There are all sorts of characters who could act as a guardian to an independent investigator, and while I could certainly play an original character, I'm always excited at the chance to play an established hero. (I love Superman, Captain America, and the likes).

I have this idea I've been toying with, where Harley Quinn becomes obsessed with someone other than the Joker. After months of grooming her, the Joker convinces Dr. Harleen Quinzel to break him out of Arkham Asylum. She does it, believing that after this, they will be together forever, only for him to reveal that he never cared about her. She was just a means to an end. He moves to kill her, at the last minute, she is saved by a costumed hero. (probably not Batman, but it could be lots of people). The vigilante checks to make sure she is alright, and maybe even takes her home. Harleen finds her obsession moving away from the Joker, and towards someone who actually deserves her. Maybe she gets a costume and declares herself his sidekick, whether he actually wants a sidekick or not. It would take her a while to prove herself, but over time, sparks fly. Of course, the Joker is the jealous sort, and seeing what she has become, he decides he wants her back.

Everyone has heard the stories. Lois Lane gets into trouble investigating a big story, and Superman saves her at the last minute. But what if the reality was more complicated than that? What if, over multiple times rescuing her, Superman started to feel possessive of her, and even started to keep her tied up and dominated until the next morning. Their situation becomes more elaborate with every rescue, until she finds herself taking ever increasing risks, knowing that they will likely get her captured, rescued, and dominated. (This could work with other characters as well, but I will love you forever if you write a Superman/Lois version of this story with me)

This would be more of a blatant dom/sub dynamic than the other "Mine" plot. Basically, our characters are lovers. (Yours could be an original character, or someone like Lois Lane or Wonder Woman. Anyone, really). Your character goes to bed in the arms of my character one night, but wakes up in the morning to find that everything has changed. She finds herself in a reality where General Zod and a small army of kryptonians have conquered the earth, and Superman, who was raised by Zod in this reality, is his right hand. Your character is a prisoner of this new regime, taken to Superman as a pleasure slave. She is faced with the daunting task of trying to awaken the man she knew in her new master so that the two of them can figure out how this happened to the world.