F for M Action Adventure Romance Casual Moderate Advance Does the shoe fit? You tell me 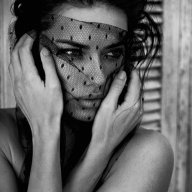 Deja here! Let's delve into what I can offer, and the type of things that interest me and all that malarky!

So, to get you guys up to speed,-- I'd consider myself in between intermediate and advanced. Probably tilting more on the advanced side. I have been role playing for a considerable amount of time, and I am in dire need for someone to quench my thirst of inspiration right now.

Now, I'm sure you lovely folk don't want poor Deja here to die of thirst, so let's get into what I NEED in a roleplay ASAP.

Things Deja would like in a roleplay: (Yes I am talking about myself in third person right now v.v/ *sighs.*)

1.) Be Literate. Please make sense and be able to spell. That's all I ask...If i can't make out what your saying then we have a serious issue ladies and gentlemen v.v/

2.) Type more then 1-2 paragraphs. Let me reiterate, I don't expect you to burst out replies that could rival the amount of pages in an oxford dictionary, BUT, If i'm putting in a lot of effort to type a page and i receive a itty bitty paragraph in response it really does de-motivate me sometimes.

3.) I want us to both be leading the stories 50/50. If i've been trying to lead the story for too long it does frustrate me a little. This ain't stuck in the mud! Throw some unexpected twists and turns at me! I love it, it makes me enjoy the story even more. I love all that drama, adventure, action, shit!

4.) For some reason I can't stand characters that stutter 24/7. Or very very submissive characters. The majority of my OC's have quite strong personalities. I need someone to balance this with an OC that is just as interesting, and just as complex.

6.) Don't come to me requesting a plot based solely around sm/t or erotica. I'm not here to fulfill your wet dream. Preferably be 18+ when rolepaying with me, though by no means will i refuse if your under. But, anything mature needs to happen naturally. If I don't feel that sizzling chemistry between the two of us, that electric fireeeeeee v.v/.....then...i'm afraid...v.v/ --my character isn't gonna jump into bed with yours hun v.v/ SorrynotSorry.

7.) And above all be respectful and we're gucci. I got a man in real life v.v/ so no I am not on this site to meet anyone in that way, thank you very much.

Stuff the OP doesn't really like:
I'm not into crazy darker themes or taboo's. No thank you to: Incest, Abuse, Pregnancy, Crazy-amount-of-gore, Horror, Heavy heavy sci-fi, and no anime.

For romancing my OC's I do prefer males just because the OP is a female, and I'm straight myself. I have nothing against anyone in the LGBT community, I think you all are awesome! But it's just what I am most used to roleplaying as :)

Very rough ideas I'm interested in doing. When I say rough, I mean...*rough*

-Gladiator theme:
I want to experiment with a character whose village has burned down--usual sob story, I want two enemies, preferably one would be your OC --the general idea is that they have been captured as slaves to fight in the Colosseum in Rome. I want drama, I want an uprising against Maximus, I want loss, and love, and a whole bunch of shit. xD This idea is very flexible, your OC doesn't have to be an enemy, but I do kinda enjoy the enemy-to- 'Oh I like this guy' kinda thing. After the uprising, they'll be hunted by Maximus and his guards and forced to somehow live a life on the run from one of the worlds greatest, but most ruthless emperors. ;)

-A ball of blood:
Now this ones more on the supernatural fantasy/thriller-y side. The idea is that your OC and mine, are part of wealthy families, and it is set in the victorian, (an be modern) era. All the 'upper class' families and aristocrats are invited to this ball, have a great time, and find to their dismay that only *two* people, from each family may be able to leave the ball alive. If they refuse, they will be turned into something horrible and forced to deal with the consequences of their 'turning'...All these plots are very general ideas. I haven't thought too far with them, as I'd like to get a feel of your OC and find a way to entwine them into something.

-A tale of two foes.
More detail on this one coming soon. My OC is a demon hunter recruited by the high mages of her kingdom- Crymira- that is on the brink of civil war whilst also being at war with the neighboring kingdoms. She is recruited to extract, kill, and essentially delete any traces of any demon she encounters, as they are basically the 'criminals' of the population. Demon kind are known to be very strong, and in another nearby universe, their race is actively plotting to overthrow Crymira and it's neighboring kingdoms, and ravage mercilessly on anyone that refuses.

The idea is that your OC is an outcast, a rogue from that universe, maybe someone higher up in their ranks that has done something very wrong-- what that is, you decide--so exiled, they enter Crymira after being kicked out from their own world. Fuelled with revenge they want to reunite Crymira and it's quarreling kingdoms, and help prepare them for the oncoming invasion that they don't stand a chance against. But how easy will this be? As an outsider, as someone that is actively hunted? Will you remain successful?

What I can offer:
Now by no means am i a perfect-grammar perfect-speller perfect roleplayer. I don't think that person exists, and I'm not holding anyone i roleplay with to some impossible high standard, or expecting you to type me pages and pages, and use stupidly complicated words that probably came from shakespear himself. Buuut what I do know is that I put in a lot of damn effort into my role plays and I'd ask for my partner to do the same. I can easily type multiple paragraphs, that isn't just filler, and can easily tweak a lot of my OC's to fit the story of another character so that it is more rewarding for us both. I won't make you do all the work, just as long as you hold your side of the skipping rope, we good v.v/

Anyways, I've spent years honing in on creating complex characters, most of which I haven't actually had much time to experiment with. Some come with face claims, some don't. Some are in progress, some are already made-- but just know I'll always have a random twist or throw something new at you while we role play to keep you on your toes. I'm a friendly person, and I look forward to creating something new with you all :)

If the shoe fits, then wear it?

PS: I am extremely sleep deprived as i write this. Please excuse the 93938494 grammar and spelling mistakes that are probably in this.

Signing off,
Deja x
Reactions: Soul, RiptheJacker and UndeadEyes
You must log in or register to reply here.
Share:
Link
Top Bottom