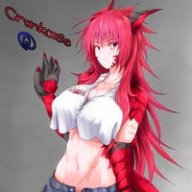 Well let us get this started. The RP stories will come in the following replies to this thread. I will be adding only a handful of plots. If there is something you might be interested in, drop me a line and we can see about it.

After Germany's and Japan's surrender to end World War II a new war immediately flared up. The Western Allies vs Eastern Europe in what eventually became NATO vs. the Eastern Bloc. The Soviet Union and her allies continued fighting westard under the belief that the West had allowed Germany to invade their homeland and not caring about what happened to them. NATO not believing the propaganda that the East was unleashing immediately fought back against the invading armies.

The German Army that had surrendered were absorbed into NATO service and used effectively. Since they were the ones who knew Germany the best they became advisers of allied units as well as fought along side them. A number of leaders were still executed for their roles in the camps and the same but others were spared due to the invasion.

Germany was unable to stand back up as a full country due to the entire country being turned into a warzone. The Eastern Bloc had made extreme pushes into the west in the initial stages of the conflict, them having already prepared and caught NATO on the back foot. But with their better equipped armies NATO was quickly able to respond and push back. Greece had fallen to the Eastern Bloc and the northeast of Yugoslavia had fallen to the West. Austria was able to hold its own until they got reinforcements. Eastern Germany remained under Soviet Occupation and the capital under duress was moved from Berlin to the West.

For 70 years fighting was sporadic across the continent. Norway and Sweden was seen as a second front to use against the soviets and it worked well when the landings began. With a portion of the Soviet army moved North the fighting began to intensify along mide Europe as there were rejuvenated attacks on either side of the lines. Sarah is an 8 year veteran of the conflict on the NATO side. She walks around the war torn cities from North Germany down to Yugoslavia. Her targets are enemy officers and their supply lines.

It is the turn of a new decade, with another decade of the fighting being fought. Sarahs new mission is taking her to Northern Germany and on this trip she is assigned a new spotter. Snipers and their spotters had to work closely together as they were going behind enemy lines for their missions.

((The locations would take place from Northern Germany all the way to Italy along what was known as the Iron Curtain. The Sniper and Spotter would start out as strangers but slowly kindle a friendship that would lead to them being quite close with the occasional sex scene while out on missions.))

Weaponry: Since this takes place in the just an alternate timeline I would prefer the weaponry to be something in real life or close too it. So no laser weapons or anything like that. Want to use something from Mass Effect no can do. Want to use a custom built AR10 with a 24 inch barrel, stippled grips, foregrip, Holographic hybrid scope and chambered in 308 Winchester go right ahead.

Varin had a history that was similar to Earth and progressed along similar lines and stories. Charons had dominated a majority of the world for centuries. However there was always one island that eluded their grasps. Through the empires and countries that came and went, none have ever conquered one island. The island was had a seemingly consistent fog bank that shrouded it. Every ship that ever sailed into the fog never returned in one piece. There were a few ships that reemerged from the fog but they were heavily damaged and the crew were either dead or dying, never having made it through the fog to the island.

Now the Island was the only home of the dragons. With centuries of Charon incursion, they were tired of these people trying to get to their island. In the year 1301 the charons made a combined force from all of the countinents. The numbers and technology were in the favor of the Charons as they sailed into the fog. However the enemy they were going up against was nothing like what they were planning for. Every ship that entered was decimated. This time it did not end there as the dragons left the fog and wrecked a lot more of the ships in the surrounding ocean.

With that the dragons took control of the world having put down the forces and any would be resistance group with disturbingly ruthless efficiency. After about 150 days, the dragons moved out into the world with a handful staying back and protecting their island. Those who moved out carved their own lives and lived amongst the Charon population. They became the De Facto rulers of the multiple continents.

The story begins with a Historian doing work in the archives when they stumble upon documents describing the location of a lost bunker the was present in the Black Forest of Germany. There is very little information about what this bunker was used for. The only documents are essentially maps. When overlayed with known battlefields and troop movements, this bunker was about as far as one could get. The area held no strategic advantage and it was no where near the supply lines. So it appeared to be a complete mystery.

The Historian calls their friend and gets them to agree to join them in the expedition to this bunker. However the bunker has a terrifying secret. It is home to monsters and it changes rooms and hallways. Doors disappear as do entire rooms but somehow reappear in a different location later on.
You must log in or register to reply here.
Share:
Link
Top Bottom