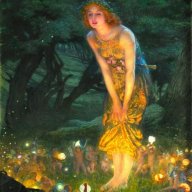 Witchy’s Ideas
(Please scroll all the way down for updates!)

​
Shorts
These are just general ideas that I didn’t have a plot for, but I would love to try them out. For clarification, we don’t have to follow the fairy tale absolutely, there are some elements in the story that I might want to keep in, but the story is completely up in the air in terms of where it goes from the basic premise.

Fairytales
-Cinderella (You know the tale well, a poor serving girl with a terrible step-family goes to a ball with the help of some magic and wins over the prince's heart, or is that really the whole story?)
-Twelve Dancing Princesses (Twelve princesses sneak off to a hidden realm to dance the night away, many suitors have tried to solve the mystery, but none have succeeded. What keeps the princesses returning to this realm every night? Will any prince solve the mystery?)
-Pied Piper (There's a rat problem in this little town, but when a mysterious stranger strolls in, displaying vermin taming powers, things start to look up for them. But will greed win out or will the Pied Piper have his/her due?)

Arabian Nights
-Ali-Baba and the 40 Thieves (In this one "Ali-Baba" is a girl (who will be played by me) and she steals from the 40 thieves like in the story, but she eventually gets caught and is brought to their leader who is a naga, vampire, demon, or any such magical anthropomorphic creature that you can think up. They come to an agreement that she can continue to take the riches that she needs, but she must become one of them and obey the leader's every command.)
-The 3 brothers (Three princes each skilled in one form of combat or another, fight over almost anything. When the sultan, their father, is sick of it he sends his sons on a journey for them to bring back some treasure, whichever brings back the best treasure will inherit the kingdom. But will they find more than just those treasures and what lessons will they learn on the way?)

​
Creature Feature
I’m also really into monster couples, so these are the types of “monsters” I would love to explore either with my character or yours, up to you. This is in no particular order, I just want to see what happens here.
(These will be within site rules, of course! Able to shapeshift into human form.)
-Mermaid
-Centaur
-Minotaur
-Satyrs/Fauns
-Demon
-Troll
-Nymph
-Faery
-Naga
-Furries (to be discussed, but open to almost anything)
-Draconian
-Vampire
-Dragon
-Gargoyle
-Goblin
-Gorgon
-Orc
-Selkie
-Siren
-Harpy
-Tiefling
-Magical-persons (Witch, Warlock, Sorcerer, Wizard, etc)
(Will most likely be expanded upon)

​
Original Plots
These are plots that I have a rough outline for, will most likely expand this list later, but this is what I could come up with at the moment.

Reverse Harem Anyone?
There are probably plenty of regular harems around, so this one will be a reverse harem. Many men centered around one girl. A queen has chosen her harem made of the most skilled and attractive men in her kingdom. They live a blissful life in the castle, but pressures to marry and to align the queen’s kingdom with another neighboring kingdom soon become too heavy to bear. Will, the queen choose one of her harem boys to be king or ally herself with a foreign prince/king. (As many boys as you can handle, but just in case no more than 6. Could be a group if possible.)

Her Inheritance
A young girl straight out of school learns that a significant fortune has been left to her, along with a sizeable estate. It was left to her by her eccentric and distant grandmother, but what she doesn’t realize is what else was left behind. Along with the estate are left her magical and mysterious servants as well and the business she created, dealing with magical plants and animals. This young girl will have to manage her grandmother’s leftover debts, finances, and perhaps keep a business afloat while she sorts out her own life. (This is also kind of a reverse harem situation, but can just be one to one).

May Queen
It is a position that is often decided on through an event like a beauty pageant or like crowning Homecoming Queen, but what if it was more complicated than that? What if a girl was actually groomed to become May Queen and thus Queen of the Faeries? And what if she knew that Faeries exist? (More modern fantasy than high, but still interested.)

Growing up a Stranger in a Strange Land
I did this roleplay once on a different board, but want to see where it goes on here. A baby is found in the deep jungle by a strange race of creatures and she is raised as one of their own. Not just as an ordinary citizen in their kingdom though, she soon becomes the next heir to the throne, but will the creatures accept a human as their next queen? (Preferred race of creatures would be nagas, but I'm open to any other suggestions.)

Centaur Ranch
Taking place in a fantastical Wild West, in a one-horse town filled with orcs, elves, and all other manner of magical creatures. A young woman walks into the town claiming to be the long-lost daughter of the owner of a rundown centaur ranch “Dancing Lights Sanctuary”. The owner was a lonely man, everyone in the town is surprised that he had a daughter, and since his unfortunate passing has left everything to this daughter. The woman not being very business savvy, was there to more or less liquidate the assets and move on, but after meeting the residents of the ranch she has a change of heart and is ready and willing to turn the ranch into a success.

Touch Starved
She is a “dedicated companion” to the son of a noble Naga family. So, maybe she had been hired, but surely the parents were just looking out for their blind son. It’s not like he’s helpless or anything! Quite the contrary since he’s made use of all his other senses. They’ve grown rather close over the years. The companion might’ve seen it as a job at first, but she’s grown to like this son of nobles. She especially likes that he likes to be touched by her... perhaps a little too much?

Any Port in a Storm
Another reverse harem idea. This one is a bit more Slice of Life-y. A young witch is traveling to a school or a place that her parents have sent her to for them to take care of her instead of them. Despite being in her early 20s, this witch is quite sickly with an unknown disease that sends her into great fatigue after she expends too much energy or too much magic. She didn't know where she was going, she especially didn't know when her carriage crashed during a horrible storm. She went out to find help, but help ended up finding her. The witch wakes up in a strange place surrounded by monstrous men, literally! All of them seem to suffer from the same strange affliction that she has, except it presents itself in different ways. Perhaps they can find a cure together?


Preferences & Stuff
Other things you might need to about me as a partner.

-I'm afraid I'll do M/F only, sorry.
-Not into the whole non-consensual thing.
-I'm more into story, but love laying on the sexual tension, I'm looking for sensual most of the time.
-I'm not a one-liner person, in fact, I can be a little picky when I choose partners, 2-5 good-sized paragraphs at least!
-As for sexual stuff I'm into a lot of things, soft BDSM meaning I'm good with pain hitting, cutting, etc., but more into not using that many tools; examples: whips, paddles, slings, gags, cuffs, etc. If it's a tool of opportunity, I can get behind that. If you're going to silence me/my character, make it count.
-Also into soft stuff, I like it rough, but I also like it passionate. If it's passion-fueled I can do the softer stuff too.
-As for the RPs I do, I'm more into fantasy driven stuff if you couldn't tell. I'm pretty much open to almost any creature my partner decides to be (rules permitting that is), I also might be a creature as well.
-High fantasy to modern fantasy I'm good with, I also want to try steampunk at some point.
-That being said, if you can make a modern or sci-fi plot interesting to me, I might consider it.
-Kinks, for in-depth list see here: F-List

NO
-Infantilization
-Incest
-Watersports
-Toilet Play
-Nonconsensual
-Mutilation
-Death
-Inflation
-Shrinking
-Humiliation
I think I've covered everything, so for now that's all I've got. If you're interested, you can PM me to respond.
Reactions: Soul
You must log in or register to reply here.
Share:
Link
Top Bottom