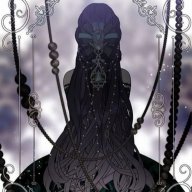 Hello! Hello! My names Queen of shadows( Pronouns She/Her) but you may call me shadow, I'm new to this website and am looking for some fellow role players to role play with! Don't be shy and hit me up~ here's a few thing about me.

I try my best to respond quickly

i don't mind that ooc chat

I love hearing ideas from everyone if you want to role play a certain fandom or OG.

I'm not going to point out if you make a grammar mistake. I'm not the type of person.

I’ve been role playing for 15+ Years

I love adding romance, fluff to all my rps I don't mind writing Nsfw content at all though I'd rather have a good balance with story and nsfw though and i also like Slow burn ( However if you choose to want pre relationships for the characters just let me know!)

I don't mind doing multiple role plays at once with one person as long as we give love to both role plays!

If you’re interested in rping just message me! We can discuss plots, limitations of what you want in the rp etc.

When it comes to characters i usually don’t mind descriptions of appearances, i personally like to use anime style pictures though ( or my own drawings)

I like to use anime face claims for my OCS I personally don't feel comfortable using real photos.

I'd love to hear plots from you!

› However i do not do One liners

› I do like to add as much detail as i possibly can.

Best friends who live together and fall in love*

Who i want someone to play: Dark Link

Who i want someone to play: Riku

Who i want someone to play: Leon or Carlos or Heisenberg

Who i want someone to play: Sebastian

Who i want someone to play: OG sans or cross sans

Sonic the hedgehog (regular or humanoid)***

Who I want someone to double as:

Who i want someone to play: Dipper pines

Who i want someone to play: toffee

Who i want someone to play: blue/Gary/shigeru(anime/manga) or Adaman (pokemon Arceus)

Who i want someone to play: tanjiro or rengoku

Who i want someone to play: Izuku Midoriya

Who i want someone to play: Laxus Dreyar

who i want someone to play as: Alister

Yc is one of the most well known and feared bosses around, coming into a club one night he spots my character on stage and is instantly drawn to her, from there he does everything to woo her from sending flowers, expensive gifts but she’s not having any of it. ( This can go one of two ways where YC becomes obsessed with MC to the point he just goes after her Or she can slowly fall for his attempts)

› Plot 2: YC comes into the restaurant MC sings at everything was all and well until a rival gang comes in and starts shooting up the place, YC seeing that MC witnessed all of this goes after her not wanting her to run to the police and takes her back to the base. ( This would kinda be like the Stockholm syndrome theme.)

› Plot Idea: MC is in trouble, she witnessed a murder while coming home from work one night,The men who did this noticed her and chased her down but she was able to escape, however as the days go by she feels like she’s being constantly watched, So she looks up and finds YC office and hires him to protect her and possibly help catch the killers.

Plot idea: Our characters were friends as children despite MC not knowing yours was a demon.YC would always say she was going to be his bride when she was older but randomly left one day, Now MC isn’t your typical human she has an ability to see ghosts,ghouls,demons etc that regular people can’t see, her abilities only grow stronger and stronger as the years go by, on her twenty first birthday she notices the supernatural entities around her have now become aggressive towards her to the point of actually causing physical harm to her, which she couldn’t understand why. Until YC shows up one day saving her from being killed by a random demon, she doesnt recognize YC at first until the two start talking, he then tells her that he’s here for a couple of things, one to protect her he lets her knew due to her abilities she’s become a target for demons and since she’s the age of 21 they consider her “ripe” So demons have one of two choice’s they can devour her and gain immense power or they can make her theirs and make their race thrive and prosper So the other reason he’s back is to marry her like he said all those years ago. ( Idea similar to the plot of Black bird and i’ve been dying to do this ^^)

( This would be a reincarnation rp) Our characters a demon x human priestess ( MC) became friends after MC saved him from dying from a toxin. She was strong yet extremely kind young woman. After he was nursed back to health they spent more and more time together They protected the lands together, villages etc eventually falling in love with one another. Everything seemed fine they talked about settling down and starting a family not caring about the difference in races. However tragedy struck one dayas the priestess had the caught the eye of a demon lord. He attempt to court her and failed. Angry at the rejected and still wanting her he attacked the village she loved in massacring the innocent and taking her back to his castle. Once at the castle she fought against his forceful advances but I wasn't enough By the time her loved reached her it was already to late. Her dying words were that she'd come back to him some day and for him to look for her knowing how long demons could live.) So 100+, years ago by and the human is reincarnated once again the demon is surprised and trys to talk to her and she's just confused not knowing who he was. The demon lord who was also still alive but in a different form also learns she back and vows to make her his this time. So in this rp YC trys and help MC tap into her past memories while trying to protect her from the demon lord as well as other demons ( who wanted revenge on her, or to devour her and take her soul.)

Plot Idea: the human kingdom is in a war and reachs out to a well known YC (demon/warlock/vampire) (your preference) in the hopes of him helping the kingdom. Which he agrees to for a price the king says the kingdom has little money but YC isn't interested in that instead he eyes MC (the princess) saying he'll take her as a payment instead. ( It can get a bit lonely living by oneself) The king of course not wanting to give up is only daughter argues saying she's not going with him, however MC worried for her family's safety and the kingdom steps forward and agrees to YC terms and leaves with him. Eventually the two start to develop feelings for one another but it's a rough start.

(This plot would include adultery)

Both of our characters came from a lower/middle class family and are childhood best friends who met in kindergarten after MC moved to town she was getting bullied and YC stepped in to save her since then the two were practically inseparable as they did everything together. MCs family became rich at some point due to a booming business and the whole family changed and becoming stuck up and greedy except MC who continued to be humble and kind. As the years went on the family moved to a bigger home and no longer wanted our characters to to associate due to class difference's with each other so her father would do everything to stop them from chatting, taking her phone, computer privileges etc. MC hated it and missed YC. As MC got older her parents would set MC up for photo shoots and interviews/commercial to promote different products.(which she hated doing) So YC would see her on tv. Eventually it showed on the news she was getting married to some guy ( her father set up an arranged marriage to merge to sucessful companies.) The guy was a total asshole to her and all she wanted was out. But she could never go against her family. One day as she waited at the mall for her fiance to show up YC walks by and the first time in years the two see each other. Old feelings coming back along with new feelings. MC tells him she's getting married and he could tell she doesn't want to. Now that the two best friend have been reunited YC and MC start to secretly meet feelings for each other only growing stronger over time and YC decides he's going to do whatever it takes to get her away from everything.

MC just moved into town and is a new student in YC class. Recently her life was flipped upside down when her mother and her found out her father had a mistress and after a nasty divorce the mother and daughter moved to start fresh. Her mother works late and despite MC missing her mother and not doing to well in her knew school she never says anything not wanting to burden her mother anymore. YC takes a huge interest in MC and ether attempts to help her out after learning about her rough life only for it to blossom into something more.

Similar to the first plot except MC is a current student in YC class and for the first half of the year she did great until her parents divorced then her grades started slipping. YC has had a secret obsession with MC for a while now. So when he notices she doing horrible recently he goes to her house to discuss it with her mother only to find out her mother isn't home so he uses this as blackmail since she's begging him to tell her mother about the grades. In return she would have to do sexual favors for him. To keep a secret. ( this could eventually bloom into something though.)
kink list​
You must log in or register to reply here.
Share:
Link
Top Bottom