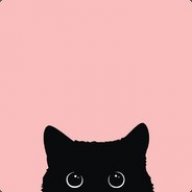 FOREWARNING:
I do have PTSD, Depression, and Anxiety. While the flare-ups aren't uncommon, they aren't every other week either. Though when they happen, be patient. I will get back to you at least once a week.​
ONWARDS: *I'll probably forget something important. I'll add it later if I get questions regarding this missing information.*

Genre Preferences:
High Fantasy
Slice of Life
Modern
Historical, though without needing in depth research for complete accuracy. Some research is fine, but please don't require me to have to take an online course for historical accuracy for a roleplay. I won't hate you. I'll just... cry myself to sleep.

Posting Preferences:
2-5 Paragraphs, mostly
5-15 paragraphs, sometimes, if I get REALLY into something.
If I get super inspired and write my 30+ paragraphs, I'm sorry. Second, feel honoured, because that is like.... LEGENDARY GODLY rare, but it does happen.

Multiple Times a Day
1-3 times a day
1-3 times a week
Sometimes, once a month << You will be aware of my circumstances beforehand. Also, if you aren't ok with this, obviously you didn't read the forewarning and that is just bad on your part because it was in bold type. For shame on you, for shame on your cow.

Preferred Pairing:
M x F
F x F if I can be convinced
Rarely will I enjoy doubling. It is too stressful. Once upon a time I was great at it, but things change and trauma sucks.

Plot 1: F (MC) enslaved or captured. YC (M or F) assigned or otherwise contracted to retrieve them alive and to safety. Either they become friends, or more, to include romance. MC would likely be emaciated, injured, or unable to defend themselves, so YC would have to be the one to defend them should issues arise. *These details would be planned in advance, or along the way with you if we find an opportune moment to include a scene.*

Plot 2: Alcoholics Anonymous. MC, has been either placed, or voluntarily joined, an AA group meeting. YC, either by choice or not, has also joined. (Note they can be new or an experienced AA visitor.) Their poisons are different, and their stories aren't the same, but they both want the same outcome. Freedom from their addiction, which has cost them so much already. Their lives are in shambles, and they just want to be able to clean themselves up.

Plot 3: MC has always thought she worked hard. She grew up rich, and so the 'hard work' she did was often never physical, nor mentally, challenging. She got by with her looks, but she did have a heart. Unfortunately, this also meant she wouldn't know what hard work really was. So, when her parents died, and she discovered her wealth was hidden behind locked doors until she found herself a viable job, she found herself unsure of what to do. She'd visited some family, but none could find the time to help her out. So, MC finds herself at an employment agency. And while she had a lot of volunteer work, she had no practical or real world experience to add to her resume. Daddy's money could only go so far. So, as a favour to his dear belated friend, someone does decide to hire her. Unfortunately, again, this also meant she needed training for the job she would be hired to do. And that is where YC would be volun-told to step in! (The profession, job position, and all else pertaining would be agreed upon before going into the RP. Unless otherwise stated, and there is a fun pre-story element that you'd like to include, it'd be starting with MC's first day and YC finding out they are to basically babysit and do what they can to train MC. YC could hear stories about MC, or know nothing about them at all until they meet for the first time.)

Plot 4: MC and YC are Kemonomimi. What is Kemonomimi? Basically, it means Animal Ears. So, humanoids with animal-esque features. YC could be a human male, with animal ears, tail, whiskers, and hind paws. Or could be a human male with simply, ears and tail. It doesn't go into the realm of furry, so nothing that would be considered anthropomorphic. Or animals, with human-esque proportions. Just humans, with features of any chosen animal. Plot surrounding it? It'd be decided upon later. :3 This could be a fun one simply because it is more open-ended. AND it could have an element of Prey v Predator. Though likely, the Prey v Predator aspect would be friendship or romance since I'm awful at war, horror, and suspense.

Plot 5: Regency Era. Eliza de Vere is nearing the age where she would be considered an 'Old Maid' and 'lucky' if she were ever considered to be married. Her parents haven't lost hope that she might find a suitor serious enough to consider her, but this also leave Eliza tired as she is constantly attending each and every party that is being held in their vicinity. While the other members of society know of Eliza quite well, considering her parents never allow her to reject a party invitation, they do feel pity for her. Unfortunately, this also means that many older, widowed suitors have begun to turn their attention to her since she has no other prospects. While she is protected from the eldest suitors, for the time being, she too has begun to feel the pressure to marry. Will she find someone who she can find potential peace with? Will she be left to destitute when her parents pass? Would she be forced to marry someone unkempt and older? Would, somehow, she catch the eye of someone? Anyone? Hell, she might even just consider a rake, if she were desperate enough.

Plot 6: MC had been homeschooled their entire life. They never lived a life they hated, and were always generally happy. Her parents and, quite frankly, her grandparents, were very old schooled though. Women didn't work outside the home. Women worked on their family, children, and keeping their husbands in good health. They were to be respectful, modest, and not spoken unless spoken too. (This last rule seemed to be bent via her grandmother, however, as she was the matriarch and quite old.) However, due to Beatrice's constant requests, her parents allowed her to 'make her mistakes' and 'realise' just how much of a 'gift' being a mother at home was. They'd kept wanting to set her up with some men at the church, and all those men were expecting of a wife to be as their church preached. There to take care of them, though they seemingly forgot the part in the bible about the men's duty to care, love, and cherish their own wives. With very little permission, they allowed Beatrice to leave the home. Their compromise? If she found herself coming back home, she'd choose one of them men from their church. If she got into any 'nonsense', she was to come home and marry the man they would choose for her. And if she got pregnant? She was to be exiled from their community, and disallowed to ever return. *YC would be either one of the men from the church, who under the guise of being 'one of the guys' is actually pretty against what they preach OR a guy from the college who is either a bully/an admirer who, at some point, finds themselves interested OR a teacher who takes pity/takes interest/etc. Overall, this isn't going to be a story of abuse from YC. It will be a story of exploration, coming of 'age' on her part, and new world ideas to expand her own education. More empowering, less sad TOWARDS THE END. There will be abuse, religious ideals, neglect, warped mentalities.*