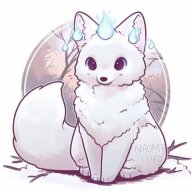 This is a request for a specific character that I want to write.

Adzana is a wood elf. When she was a child, a fox came to her, telling her that she was meant for something greater than this. Being born into a family of hunters, she never felt like one of them. She didn't belong. Her brothers wanted to learn how to hunt but she didn't want to be involved. Her mother took her side in the matter and let her be, but her father wasn't pleased with losing a working hand in the family business. She had to hide her friend at first, not letting him inside the house, but a fox is a fox and he would always find a way back to her side. She has since then asked him why he came to her, why he chose her and what the meaning of it all is, but he won't tell her. Not even know, when she's grown up into a woman. She has to find out for herself, he says.

This is what I have. Of course, I know where she lives and where she's going, but I don't know how she'll get there. I want to find that out with a partner. So I'm looking for someone who wants to experience this with me. You should be at least somewhat literate, I'd say somewhere between moderate to advance. Give me more than a paragraph and we're golden. Your character's gender doesn't matter. Please be active. I don't expect replies every day, but a minimum of once a week would be nice.

Just to make it clear: this is a plot driven story. We can include smutty scenes but don't expect too much.

More details to be discussed in pm.
Reactions: Benji
You must log in or register to reply here.
Share:
Link
Top Bottom