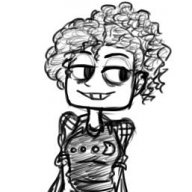 Hey friends! My name is Lyndis and I'm looking for stories!

•I am an adult so my post frequency could be anywhere from once a day to once a week depending on life. If I'm expecting less than that, I'll let you know.

•All I expect from you is to be able to describe what your character looks like and what they're doing without me having to guess. I am a little rusty, but I'll try and give back just as much as you give me. My limits are your limits.

•I don't mind if you ditch. It happens. But know that I'm always willing to work together if either of us get bored/lost/whatever with our current rp.

I like gritty and dark as much as magic and whimsy, but what I really want is some adventure.

Ideas!
Bold - I have a plot idea! Create with me! Also feel free to pitch me your ideas too!

Any slice of life featuring these
( Clarification - slice of life still means PLOT! please come with something more than just a character that fits the buzzwords )
BUZZWORDS