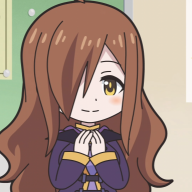 Oh hey! I see you came to visit. Well don't be shy come in! come in!

I'm Wiz, just a girl who came to be an excavator. Yeah I work in one of those big digging machines and I love it.
Now I am fairly new to this role play thing. What I really like to do is write but I've been not wanting to write alone for a little while and a friend suggest I search for a place I can find a writing friend and that's what lead me here. Now that I have here and I signed up yesterday I suppose it is time to get this request thread up. I guess I should start with a little bit more about me. Well, I enjoy writing I've never done it to be published but I think it is fun and I also enjoy the writing/reading elements you all have here, that was actually part of the attraction to come here. I work as a landscaper and snow removal person. I work long hours (10 to 12 hour days) but I usually have one or two days on the weekend to sit down an actually write. I am looking for someone who can work with me in that sense. Replying once or twice a week. I might reply once or twice to my partner on those days but it is usually just those days of the week(usually only Sunday because my boss is a slave driver.) I can write from 1000 to about 3000 words depending on the inspiration. Sometimes I am just too drained from work to actually write anything though.

Do's
I like to do a lot of things in the aspect of writing. But if we are going over things that I personally like to put into my writing.
Fantasy, Modern Era (Alternate Reality), Sci Fi(kinda new), Smut? I think that is erotica, Romance. Basically all the fun stuff. Now there are many different interpretations of these things. But I want to be clear that what ever we involve in our rp the site rules apply. I do have a discord and if there is enough interest in myself and my partner. They are welcome to request it. I don't mind Discord but at the start I'd like to stick to the forum.
I am willing to make a cast of characters with diverse genders.

Don'ts
I don't do underage stuff that is weird. I will have characters that will be younger but they will not even be playable just there for the story element of the character. I don't do bathroom stuff. I won't say death and gore because those might be specific to plot. I refuse to do any bathroom stuff involving scat. Other than those things I am pretty easy going and willing to try just about anything thing.

Alright that is it for now. Gotta get ready for work but more to come soon!

Astathan a continent filled with diverse landscapes, wild beasts and monsters that roam with the rising humankind. To the northern and eastern parts of the continent, people build kingdoms and society for safety. While in the southern and western parts of the continent are still unexplored territories where barbaric tribes make their homes. The tribes while both feared and loathed by the eastern kingdoms. The northern kingdoms make trade with the tribes. The barbarians are not as savage as the beasts they tame. With a busy economy demanding weapons and animal skins. To the East rumors of a rebellion brewing due to mistreatment from the noble families. The rebellion nearly fell, but because King Corbion couldn't keep his hands out of the Doomweaver clan. Rinn Doomweaver brought King Corbion's Tyranny to the end when her barbarian armies invaded the Kingdom of Mercuria. To the East is rain forest. The Easter quadrant of Astathan is mostly tropical At the eastern Shores the Dragoon Clan famous for their dragon riders.</l>

The Kingdom of Acclestier, a collection of city-states that swear fealty to the King of Acclestier, lies several weeks sail across the sea from Mercuria. They are far removed geographically, but their trade routes rely on Mercuria for goods. Despite its relatively small size, its frigid climate and short growing-season, it has made itself very wealthy. It is the home of the Arcaneaum, a renown institution for magical advancement.

The Kingdom of Dyron is a new and troubled state. Formerly the western part of Mercuria, it was formed from territories held by the forces of King Corbion's loyalists in the aftermath of the war and ceded by Queen Rinn. The child Queen Camille now reigns there, but true power rests in the hands of its sorcerous dictator, Lady Regent Karila Thane. Much of the land is desert, flood plain and coastline, and irrigation projects made it the breadbasket of Astathan in days past, as well as a center for coffee growing. Despite this, the land remains turbulent and unstable. Lady Karila's integration of mages, merchants and priests into her government and her abrogation of many feudal privileges has alienated many of the surviving nobility, and both those who identify as Royalists and Rebels harbor many grievances against both Lady Karila and Queen Rinn over the new-won peace.

The Grand Duchy of Prusania Located with in northern region of the continent, separated by a large body of water that is Prusana lake. The lake is so large travellers have to go by ship over the lake or around on foot. It was only natural that Prusania would become a powerhouse within the real of industry. Famous for their engineering skills. Prusanian are one the most advanced nations within the continent. Though it is their stubbornness that has head to a lack of tourism within the Grand Duchy. Stubbornness and location. Prusania is a mountainous lone island located deep in the Prusana lake. Prusania was one of the first nations to develope aquaducting, a navy and the first to set sail across the seas.</l>

DYNASTIES
Dragoon Clan
Lead by Rinn Doomweaver after her recent hostile takeover of the throne. In the kingdom of Mercuria she seeks to rebuild her kingdom and forge new alliances with other kingdoms around the world. Mercuria's borders are closed for trade after the war. While travelling merchants are welcomed as well as weary travellers. Mercuria has moderate laws and law enforcement, which is expected in their circumstances. After Rinn Doomweaver aided the rebels and was appointed queen.
Rinn Doomweaver(Chief)
Reactions: UndeadEyes, Breezi and Hekazu
You must log in or register to reply here.
Share:
Link
Top Bottom